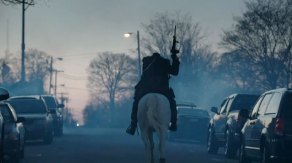 Backstory: A Hessian who fought on the side of the redcoats he confronted Ichabod Crane on a Hudson Valley battlefield in 1781. The Horseman slashed Ichabod’s chest with an ax, but a sword-wielding Ichabod decapitated the Horseman before seemingly dying. The combatants’ blood merged linking them. The Horseman’s body was entombed in the river, when he was resurrected in modern-day Sleepy Hollow, so was Crane, who’d been placed under a protection spell. The Horseman is actually Death, one of the Four Horsemen of the Apocalypse.

Recent Developments: The Horseman returned to Sleepy Hollow to finish what he started. During his brief capture in a supernatural Masonic cell designed by Thomas Jefferson, the Horseman communicated to Ichabod that in their first battle he was on a mission to kill Crane in order to avenge the death of Abraham Van Brunt, Ichabod’s partner.

Mission: To retrieve his indestructible skull and raise the other three Horsemen: Conquest, War and Famine, and bringing about the End of Days.

Exit Sign: The Witnesses imprisoned the Horseman again. To save him from the angel Orion, Katrina freed the Horseman. He disappeared for a while, but showed up again, only to be trapped in Pandora’s box before he could make it to town.

Lingering Question: Since the Kindred ended up riding off with the skull, what’s happening with it now. 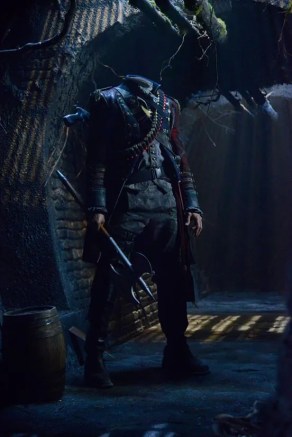 Distinguishing Features: Rides a white horse with glowing red eyes, dresses as a redcoat. His weapons include a heated broadax, shotgun and sword. He’s also been known to use explosives. He walks with a sexy swagger when he’s headless.

Special Abilities: Withstanding bullets and arrows. He has good sight and hearing for a guy missing a head.

Ichabod's wealthy best friend, who was betrothed to Katrina. She confided to Ichabod that she was going to call off...