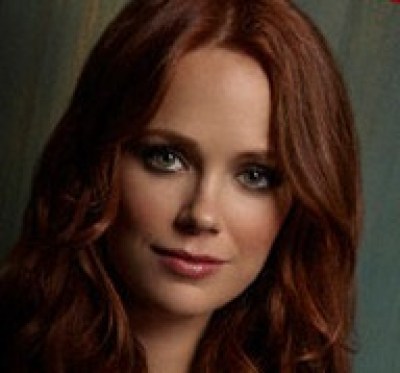 Backstory: Ichabod’s wife, a civilian Quaker nurse in the 37th regiment. Unbeknownst to her husband Ichabod, she spied for General Washington and was a leader of benevolent coven, The Sisterhood of the Radiant Heart. According to a decoy headstone in Sleepy Hollow, she was burned at the stake in 1782. The grave was really a hiding place for the Horseman’s head. Katrina was trapped between worlds.

Present Day: In a vision, Katrina revealed to Ichabod that to save his life she cast a spell on him and buried him in a cave while the Horseman’s body was entombed in the river. Ichabod and the Horseman became linked when their blood merged on the battlefield. The Horseman’s resurrection awoke Ichabod. Mrs.Crane said that the answers to freeing her are in Washington’s Bible. It was revealed that Katrina and Abigail Adams were friends. 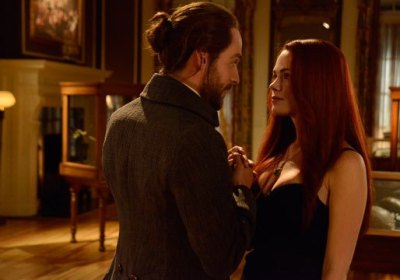 Oh, Mother: Members of Katrina’s coven sought to punish her for saving Ichabod’s life and altering the predetermined path. Katrina learned that she was pregnant after she fled to Europe in search of a spell to unbind Ichabod from the Horseman. She returned home and sought sanctuary at Fredericks Manor where Grace Dixon helped deliver the baby, Jeremy, who was named after Ichabod’s grandfather. Unwilling to have her child live as a fugitive, Katrina gave Jeremy to Grace and her husband and never saw the boy again. Katrina was soon banished to Purgatory by the witches known as  “The Four Who Speak as One.”

Visiting Day: Needing her help to defeat Moloch’s plan to bring about the Apocalypse, Ichabod and his fellow Witness Abbie Mills used George Washington’s map to enter the netherworld and find Katrina. She noted that a soul can only be released if granted forgiveness or if another soul takes its place. Abbie made the sacrifice to stay. Katrina gave Abbie an amulet to protect her from Moloch and vowed that she’d come back to set Abbie free. Katrina looked uncomfortable as Ichabod made the same promise and took Abbie into his arms before leaving with his wife.

Well, that Backfired: After escaping Purgatory, Katrina ended up In 21st-century Sleepy Hollow with her husband. Katrina met Henry Parrish, found that her powers had somewhat weakened, but led them to the four white trees related to Moloch. Using his own awful powers, Henry pinned the Cranes to the trees and made his true identity known: He is the Horseman of War. It gets worse, he’s also the Cranes’ son, Jeremy. And boy does he hold a grudge. He handed Katrina over to the Headless Horseman, tossed Ichabod into a grave and broke the Second Seal. After Abraham Van Brunt, her ex-fiancé, took Katrina as his captive, Ichabod and Abbie came to her rescue, but she opted to stay with Abraham so she could spy on his nefarious plans.

Family Drama: With help from Henry and a spider filled with Jincan venom, Katrina was unwittingly impregnated as part of a plan to birth Moloch into the world. As usual, Henry and Moloch’s plan was thwarted by Ichabod and Abbie. Katrina briefly reunited with her husband but went back to Abraham to continue spying. Though she seemed to be warming up to her former fiancé, Katrina and Ichabod are gave their marriage another chance. Her son Henry had a the opportunity to kill Katrina, but ended up offing Moloch instead. With the Apocalypse averted, Ichabod and Abbie imprisoned Headless in the hexed cell, but Katrina set him free, which enabled him to avoid being killed by the angel Orion. He skedaddled and didn’t cause any more trouble. 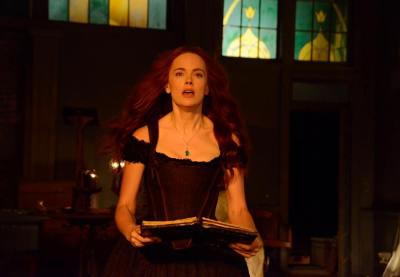 Something Wicked, This Way Comes: Katrina had been acting shady for awhile, things got worse when she met evil warlock, Solomon Kent, who orchestrated the hanging of Katrina’s grandmother in the Salem Witch Trials. When Solomon suggested that her place was on the dark side, Katrina’s eyes glazed over white. That is never a good sign.

Mother and Child Reunion: Henry, who had been missing since the night Moloch died, returned to Katrina and enticed his mother to finally embrace her dark side, raise a coven and rule supreme. She rejected Ichabod’s warning against this plot, effectively ending their marriage. With Ichabod’s blessing, Abbie shot and killed Henry. And enraged Katrina made a cryptic vow that “this time” she would let Ichabod die. Katrina performed a time-travel spell and returned to 1781. She was pregnant with Jeremy and swore that she’d keep him this time.

And in the End: Katrina’s time-travell inadvertently landed Abbie in 1781. Katrina attempted to kill Ichabod, but her spell was reversed. Once she returned to the present, Katrina tried to kill Abbie, Ichabod shivved her. The witch is dead.

Special Abilities: Casting spells, summoning a red hawk and a crow to guide Ichabod, appearing in dreams and visions, levitating flowers and making them change color

Quote: How am I the only person on this show who never gets a funny line?

He's given to resenting his parents, filling out crossword puzzles, tending to plants, paying close attention to train schedules, using...