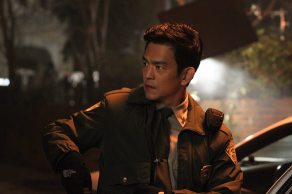 Recent Developments: He was the first officer to find Ichabod wandering the streets and threw him in the slammer. He warned Abbie to stay away from Crane. Under the dark side’s sway, he tried and failed to get his hands on the Horseman’s missing skull. Foiled by Abbie he attacked her and was jailed… While alone in his cell, the horned demon Moloch appeared and as Abbie put it, “snapped his head backward like a Pez dispenser.” Moloch’s visit was not captured by surveillance cameras, so the cops ruled Brooks’s death a suicide. Brooks was reanimated. It was discovered that Andy is a necromancer, an appointed one with the power to speak for the dead, thus able to communicate with the Horseman. 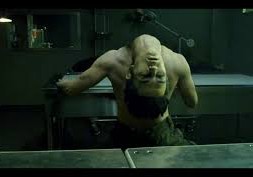 Horseman Whisperer: Under Moloch’s control, Brooks used a Druidic artifact to free the Horseman from a supernatural Masonic cell designed by Thomas Jefferson. Early on he balked at being an undead minion to the forces of evil and having his soul belong to Moloch, but eventually became a willing servant, attacking Abbie in George Washington’s burial site in order to get his hands on Washington’s mystical map.  He then advised her to burn it because Moloch would use it win the war. He begged Abbie to release him and she impaled his head, but he briefly rose again before Abbie finally let him to supposedly be killed by falling rubble in the crypt. He ended up in Purgatory. When Abbie was trapped there, Andy gave her information on how to reach the outside world through Moloch’s portal. As far as we know, Andy currently resides in Purgatory. After Moloch’s death other creatures fled Purgatory, no word on if Andy got a hall pass.

Backstory: Abbie’s ex-boyfriend, he was in the 101st Airborne in Iraq. Abbie broke things off when she was headed to...