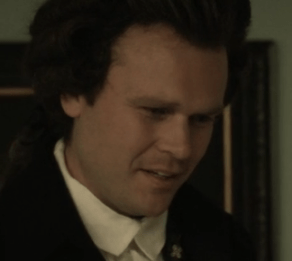 Backstory: Lachlan was an abolitionist, warlock and member of Katrina’s coven. His home, Fredericks Manor, provided harbor for former slaves. Abbie’s ancestor Grace Dixon worked at Fredericks Manor as a house matron and when fugitive Katrina showed up, Grace helped deliver the baby, Jeremy. Though Lachlan had employed a hex to protect the property, the spell was breached by Scarecrow, a tree-like creature who was sent by Moloch. Scarecrow impaled Lachlan, killing him.

Recent Developments: Scarecrow continued to haunt the ramshackle Fredericks Manor and attacked billionaire socialite Lena Gilbert, one of Lachlan’s descendants. Katrina’s son Henry aka Jeremy has taken up residence at the manor.

One of Ichabod’s contemporaries and a member of the same coven as Katrina. Famous Last Words: “I’ll never tell you...