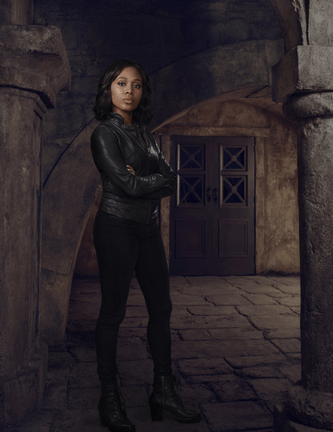 Backstory: After their father took off and their mother had a seeming breakdown, Abbie and her sister Jenny wound up in foster care. As teens, the sisters came upon four mysterious white trees and the demon Moloch in the forest. The sisters blacked out for four days until they were discovered by a search party. Abbie pretended it never happened, but Jenny insisted on telling the truth, leading the authorities to assume she was mentally ill. The sisters became estranged. Abbie briefly turned to drugs and broke into a pharmacy along with her then-boyfriend; she was apprehended by Sheriff August Corbin, who took her under his wing.

Mission Statement: The young police lieutenant was a week away from going to the FBI Academy. During a routine call to Fox Creek Stables, her partner and mentor, Corbin, was decapitated by the Headless Horseman and Abbie saw the mutant for the first time. She met a time traveler Ichabod Crane and partnered with him to vanquish the Headless Horseman and prevent the End of Days. It was revealed that Abbie is the Second Witness, one of two prophesied in the Book of Revelation to defend humanity from the Apocalypse. With that destiny, she decided to stick around Sleepy Hollow.

No Good Deed: On the 13th anniversary of the Mills sisters sighting in the woods, Henry Parrish told the Witnesses that he’d had a nightmare that forewarned the Horseman of War was coming, and Moloch would begin the Apocalypse that night. Though Abbie had been warned by undead Andy Brooks that Washington’s secret map would help Moloch to win the war, Crane and Lieutenant Mills used it anyway to enter the netherworld and liberate Katrina. Henry Parrish had cautioned that they might forget about each other in Purgatory, and they held hands as they entered the world between worlds. In a misleading vision, Corbin and Andy Brooks appeared to Abbie and claimed she’d made it to Quantico, but she had a memory of Ichabod and fled the illusion. Ichabod located her and they journeyed through a hellscape and found Ichabod’s wife. There was a wrinkle in the plan: Katrina explained that to be free, a soul must either be granted forgiveness or have another soul take its place. Abbie offered up herself as the one to remain behind. Katrina promised to return for Abbie and gave the Lieutenant and amulet for protection against Moloch. Ichabod took Abbie into his arms and also vowed to come back for her. The tender moment did not escape Mrs. Crane.

Remember This: Moloch found Abbie and declared that she belonged to him. Mills escaped and sought refuge in a life-sized version of her childhood dollhouse. Teen Abbie and Teen Jenny appeared and urged grown-up Abbie to remember something that happened in the woods: They’d seen Moloch raise the Horseman of War. God sent Abbie as a Witness to stop it, but she hadn’t yet gained enough strength.

Well, that Backfired: As Abbie had been warned, using Washington’s map did have dire consequences. Seemingly helpful Henry had turned her faith that there was a purpose to her pain against. His plot trapped her in Purgatory and separated the two Witnesses, which enabled him to break the Second Seal.

Out of the Darkness:  Using a unique key, Ichabod kept his promise to come back for Abbie and save her from languishing in Purgatory.

Three’s a Crowd: Abbie’s looked a little downhearted during Katrina’s return to her husband and gave the increasingly erratic Mrs. Crane a lot of side-eye.

Don’t Let The Door Hit You: Moloch was killed by Henry, so Abbie doesn’t have to worry about him anymore. Henry then began causing more trouble, so with Ichabod’s consent, Abbie killed him.

What Could Possibly Go Wrong? After Katrina’s turn to the dark side, she made a not-so-veiled threat to Ichabod. As Katrina was about to disappear in a mystical cloud, Abbie lunged at her. This was a dangerous idea, Abbie ended up transported back to 1781. Oh, Abbie. Abbie, however, foiled Katrina’s plans to let Ichabod die on the battlefield (rather than keep him alive so that he could be resurrected later.) She also opened a can of whup-ass on some colonial thug that thought he could corner her and get violent. Through the help of her ancestor Grace Dixon, Abbie was able to return to the present. 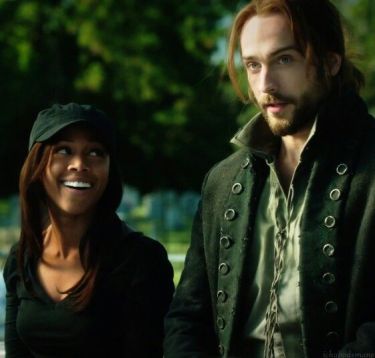 Quotes: “Okay, I’ll play along here. I am a black female lieutenant for the Westchester County Police Department. Do you see this gun? I’m authorized to use it. On you.”

“Only in Sleepy Hollow does your boss get eaten by a demon.”

He joined the Sleepy Hollow Police Department after Sheriff Corbin’s murder. At a loss as to what’s causing the mysterious...